Here are case studies that illustrate some of the problems that patients face with our current system. 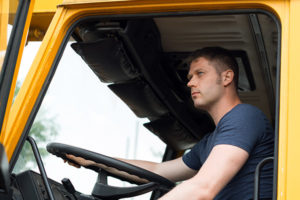 A 35 year old truck driver is in excellent health. He doesn’t smoke or use illegal street drugs. His major vice? He drinks a 6-pack of beer when he watches football games on Sunday. He is married with 2 children age 10 and 4. He never saw a doctor except when he tore the a cartilage in his knee, while playing football in high school. One day out of the clear blue, he develops a headache. It is so bad he presents to the ER and is found to have obesity, high blood pressure and a hemorrhage in his brain. He gets over the illness but it takes 3 months before he can return to work. He did not have health insurance so he receives medical bills totaling $100,000. He did have short-term disability but he had to declare bankruptcy as the medical bills overwhelmed his meager savings. Fortunately, he lived in Texas where bankruptcy laws preclude foreclosure of your residence, so he did not lose his home. Fortunately, he was able to get back to work.

Comment. If only he had an annual physical exam, his underlying high blood pressure and obesity would have been diagnosed. The likelihood of a brain hemorrhage would be reduced.

If only he had a health saving account from age 18. If he contributed $100/month of pretax dollars (equivalent to 70 after tax dollars) he would have $20,400 + interest to pay medical bills.

If only he bought insurance or joined a healthcare co-op, the base price of a $10,000 deductible policy would likely be in the $25/month range with additional costs for obesity, uncontrolled High blood pressure and alcohol abuse of $300/month. 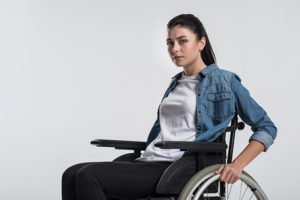 27 yo female in excellent health develops weakness in both legs and is found to have multiple sclerosis. She recovers almost completely from the attack but requires disease modifying therapy. Currently this costs about $60,000/ year. She does have insurance but the copay for the medicine is $6000/year and she does not have the money. She is not eligible for medicare disability as she earns $50,000/ year. Between student loans, rent and car payments she is hard pressed to come up with the money. On the world market, the price of medication is $6000/year for the brand name medication.

Comment. If only the government would negotiate, for all the multiple sclerosis patients and keep the price below $12000/year the rest of the world could pay an additional amount of the development costs. 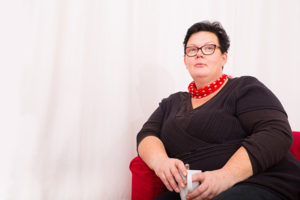 A 55 year old secretary has been well except for uncontrolled diabetes and obesity. She rarely gets any physical exercise. She develops a lump in her breast and is found to have breast cancer that has spread into the lymph nodes and into the lung. She requires surgery, radiation and chemotherapy. She has no family history of cancer. She did not get regular mammogram screening.The lump was discovered on a physical exam when she visited the doctor for a diabetes check-up.

Comment: This patient has been non-compliant with recommended screening for cancer. She does not exercise and diabetes is poorly controlled. She is also obese. With the advent of big data, the insurance company could rate her increased health risk and charge her accordingly. Although, as Americans we all have the right to live our lives as we wish, we all have a responsibility to pay for our lifestyle. The government, the employer, or the other members of the insurance pool should not be responsible. Insurance could group the patients with similar health risks into the same insurance pool. Nevertheless, if the government negotiated the price of the chemotherapy drugs so that the cost was similar to that of the world market, in their hour of need patients with cancer requiring chemotherapy would not have to pay whatever the drug companies wanted. 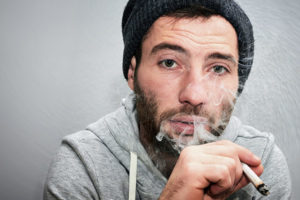 28 yo male presents to the ER with a flurry of seizures. He has a history of marijuana use as well as cocaine. He works in construction. He required intubation and was on a respirator in ICU for 3 days. After he regained consciousness, he admitted to the use of “kush”, a synthetic marijuana that frequently causes seizures as a side effect. He had no insurance and spent all his money on drugs. He had no desire for medical care and signed out of hospital AMA shortly after being extubated. He refused treatment for drug addiction.

Comment. Our current healthcare system has no answer for such patients. The doctors and hospitals ostensibly provide free care but the costs are borne by the other hospital patients. The patient has no incentive to change his behavior. Alternatively, if drugs were legal and the patient could obtain drugs from registered dealers, taxes on the drugs could pay some of the additional healthcare costs as well as fund free drug rehab. centers. If the patient purchased health insurance, he could pay additional premiums to cover the cost. If he does not buy insurance and is working, his HSA would pay some of the bill and he could borrow the rest. Ultimately, his wages could be garnished. If not working, he could be sentenced to community service and involuntarily placed in drug rehab. Of course, if drugs were obtained illegally from unregistered dealers, the patient would be guilty of a felony and subject to appropriate penalties determined by law. 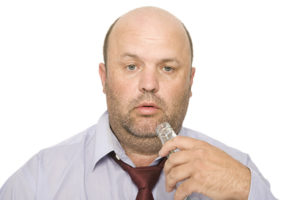 45 yo male painter presents to the ER after a seizure. He admits to being a binge drinker and was noted to have a low serum sodium, so-called beer drinker’s hyponatremia. This is a well known cause of seizure. He is also obese with uncontrolled diabetes and hypertension. Tests did not show a seizure disorder; the seizure was related to the low sodium. He was discharged well in 2 days.

Comment: Because of the multiple conditions caused or aggravated by non compliance, his insurance premiums should be reflective of such. Alcohol rehab can be paid through taxes on alcohol. Use of AA (alcoholics anonymous) or antabuse can also help. If the patient does not have money or insurance and is working, wages can be garnished to pay for healthcare. If not working, he can be sentenced to community service and involuntarily placed in rehab. 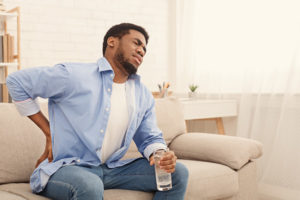 35 yo obese male presents to the office with 10 year history of intermittent low back pain. He had previous back surgery 5 years ago which he describes as successful. Pain began to get worse last year and he has been on chronic opioids since and has been under the care of pain management. However, the pain is getting worse and he takes marijuana to help with the pain. He is a cigarette smoker but does not drink. He has diabetes and hypertension as well as left knee arthritis. He is trying to get on medicare disability because the pain is so bad he cannot work. He has a 10th grade education. His wife and brother help to support him. He suffers from anxiety and depression and has been on xanax for several years.

Comment: This patient is chronically ill as a result of degenerative arthritis of the lower back and knee made worse by obesity, lack of exercise and addiction to opioids and xanax. Anxiety and depression inevitably followed. It is an indictment of our healthcare system. Someone with a 10th grade education who started doing manual labor did not have the guidance at age 16 to know how to care for his health. An annual physical exam would have picked up obesity and cigarette smoking. A mandatory health savings account would allow access to a primary care provider. He could have been counselled early on the need to do cardiovascular exercise, stop smoking and lose weight. Financial incentives in the form of lower health insurance premiums would have encouraged him. When he first developed back pain, it is possible a physical therapist or personal trainer could strengthen his back and abdominal muscles and showed him the correct way to lift heavy weight. At this point, he would benefit from comprehensive physical and mental rehabilitation. He should be weaned from cigarettes, xanax and opiods; begin swimming pool exercises. Cognitive behavior therapy could be done. As a condition for agreeing to the free rehab services, he would be granted temporary medicare disability. If he does not agree, his family could buy health insurance (at a relatively high price) or he can be treated at charity hospitals. 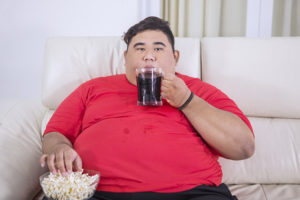 23 yo male with history of type 1 diabetes since age 8. His diabetes has been brittle and difficult to control. He has been admitted to hospital a total of 8 times for diabetic acidosis with high blood sugars. He gets low blood sugar about once per week but is able to take sugar to abort the symptoms. He has 20/50 vision from diabetic damage to the retina. He has found work as a waiter in a restaurant; is married with one child. He is obese and drinks 5-6 beers on the weekends. His job does not provide health insurance and until obamacare he got care at free clinics.

Comment: Although he can now get government subsidized health insurance, there is no incentive to change lifestyle. Alcohol and obesity can aggravate diabetes. We would recommend that the government contribute to his HSA and subsidize a high deductible Insurance but not cover the additional premium assessed for alcohol and obesity. He could qualify for a lower premium by attending rehab for alcohol and seeking help for weight loss. Just as with obamacare the government would pay the private insurance the difference between the total cost of the premium and the cost that would be charged assuming he did not have type 1 diabetes. The amount contributed to the HSA would effectively pay for the additional ongoing medication and office visits.